Like many fundraisers, we eagerly awaited Giving USA Foundation’s Annual Report on Philanthropy, planning to use the findings from 2019 patterns to inform predictions and trends for the rest of the year. No one could have imagined just how drastically the world—and in turn, our world of philanthropy—would change in March. It may feel irrelevant to review last year’s fundraising data when we consider all that has happened in the first half of this year. However, a look back at 2019—the strongest year of charitable giving yet—is germane as fundraisers consider multi-year trends to plan for moving forward and adapting to the current uncertainties.

In 2019, Americans gave $449.6 billion to charity, an increase of 4.2% in current dollars. Furthermore, individual giving increased by 2.8% from 2018. Of course, despite these positive trends, there are many unknowns and concerns facing our industry today.

Giving USA advances many findings and we encourage you to review insights and reports here. Below, TAG outlines the Top 10 highlights of this year’s report, and what these stats might mean for the future of philanthropy.

While reviewing stats from our strongest year ever may now seem surreal in the post-COVID economy, the report illuminates key trends that affect charitable giving. Namely, understanding the impact of a strong economy, we must consider the inverse as Americans face the highest unemployment rates ever and an increasingly volatile stock market. Yes, we began 2020 optimistically, however, there is no question that economic, political, and social factors will—and already have—affect charitable giving this year and in the years to come.

Development professionals are rising to the challenge, responding with new and creative ways to engage donors and prove their value to the community. Like past economic distresses, most notably the Great Recession, TAG believes philanthropy as an institution will persevere and continue to play an important role—especially in serving those in need. In fact, that is evidenced in Giving USA’s comprehensive year-over-year giving analysis, which shows an increase in giving across the board following initial dips in 2008-09 as a result of the recession. Philanthropy is resilient, to be sure, and TAG believes this will be proven again, especially given the way many foundations and individuals have stepped up to respond to pressing needs related the pandemic, healthcare, systemic inequalities, and social justice. 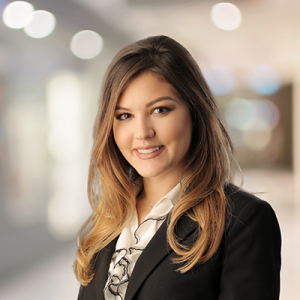