Giving USA Foundation has released its highly anticipated annual report on giving, and 2017 was the most charitable year yet. According to the report, giving reached $410.02 billion, a 5.25% increase over 2016 and an all-time high. Individuals accounted for the largest share of giving at 70% of the total. The economy is strong, the S&P 500 index is at record levels, and charities are more accessible than ever before. While record giving is a positive sign for the nonprofit industry, a few shifts in the landscape merit attention.

1) Charitable giving has been bolstered by larger gifts, not more gifts.

While individual giving increased, mirroring the same rate as disposable income at 2%, participation was lower. Only 56% of American households made a charitable gift in 2017, down from 66% in 2000. This means the increase in total dollars is due to larger gifts, not more gifts. Last year, “mega-gifts,” defined by Giving USA as above the threshold of $300 million, totaled $4.1 billion.

When we consider that individual giving comprised 70% of the total, that bequests (9%) are made by individuals, and that foundations (16%) are largely established and controlled by individuals, it is clear that the stewardship of relationships with donors and prospects is the key to success.

This year, the Giving USA Foundation partnered with the Indiana University’s Lilly Family School of Philanthropy to analyze where donor-advised fund dollars go, a question that had previously been difficult to answer.

Interesting trends emerged in education and religion, the two leading sectors receiving charitable dollars. The Data on Donor-Advised Funds report showed that the education subsector received 28 percent of dollars granted from donor-advised funds from 2012-2015, while giving to education only comprised 15 percent of all charitable contributions in the same time period. Conversely, religious organizations received 14 percent of donor advised fund grant dollars, and 32 percent of total giving in the same time period.

DAFs pose a unique set of challenges to fundraising individuals – funding priorities are hard to identify, reaching and engaging DAF donors can be challenging, and DAFs can present a barrier at times between donors and nonprofit organizations. While there is much more to learn about DAFs, one thing is for certain; fundraisers should treat donors who give through DAFs the same way as individuals who make outright personal gifts. It is important to maintain strong relationships with individual DAF donors – not sponsoring organizations.

3) Giving to education continues to rise – and attract major philanthropists.

The education subsector received 11%-14% of the total recipient contributions in the past four decades, and in 2017 the total amount contributed to education reached its highest inflation-adjusted value ever. According to The Chronicle of Philanthropy’s Philanthropy 50, colleges and universities received the second-highest share of the $14.7 billion that America’s wealthiest donors contributed to charity in 2017 at $1.8 billion (or 12.5%).

Giving to education has been bolstered by mega-gifts, including investments by the Bill & Melinda Gates Foundation, the Chan Zuckerberg Initiative, and $150 million in support for educational initiatives from philanthropist Charles Butt. As mentioned above, education received the largest share of donor advised dollars. Philanthropy in education is expected to remain strong – billion-dollar+ campaigns are on the rise at higher education institutions, schools are adopting revolutionary opportunities for giving, and there is more collaboration between donors and institutions than ever before.

Giving to all sectors increased, except giving to international affairs which declined by 4%. The decline is largely due to donors who chose to give to the unprecedented natural disasters at home rather than abroad. The spike in corporate giving to 8% of the total is also attributed in part to corporations who gave to disaster relief efforts for Hurricanes Harvey, Irma and Maria; the North Bay (CA) wildfires; the Mexico City earthquake; and the mass shooting in Las Vegas, NV. Giving online, crowdfunding, and high-profile events and sponsorships drove the response. While it’s too soon to tell what the longer-term impact will be, it’s possible that the rise of giving through digital mechanisms in response to disasters will give way to increased use of these tools overall.

Will the upward giving trend continue? What will the 2018 philanthropic climate tell us? While it is too early to measure the new tax law’s impact, the changes present opportunities to reach out, provide information, and engage donors. Relationship building and stewardship continue to be your most valuable tools! 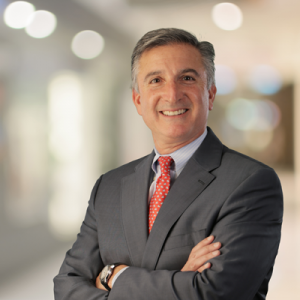